Explosion of solidarity with the VIO ME workers and their struggle at the Festival of direct democracy and solidarity economy which was held in Varna, Bulgaria on 13, 14 and 15 September this year.
There was a lecture on which hundreds of people were introduced to the problems of workers of the occupied factory. In the  free discussion that followed with the audience, the people of Bulgaria expressed their support and asked about the details and the organization of the factory after passing under workers control.Others asked for such “occupied” factories in the world and whether similar “occupation” could happen in a bulgarian factory.
The products were sold for just a few minutes. Some people wanted to make a request for larger quantities but were disappointed by the fact that due to legal issues, the importation of those goods in Bulgaria is difficult.There was the idea of creating a network of solidarity in Bulgaria to help solve the problems of the Greek workers with institutions in Greece and afterwards for the distribution of their products. People got T-shirts showing solidarity with the struggling for self-government Vio ME and the conviction that their fight is fair. 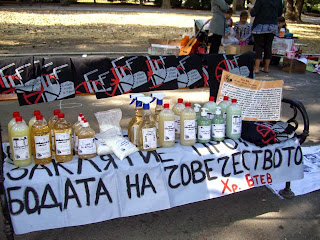 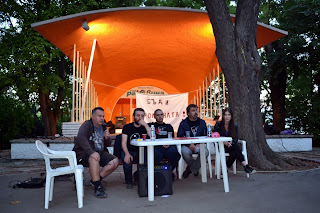 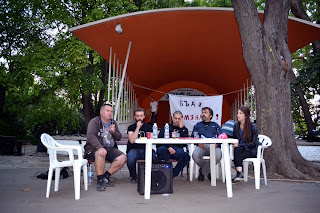 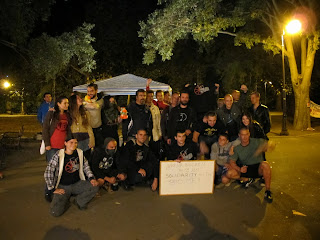 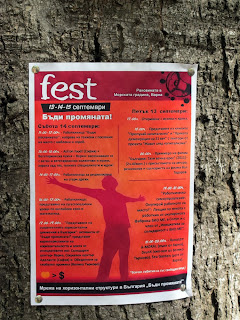 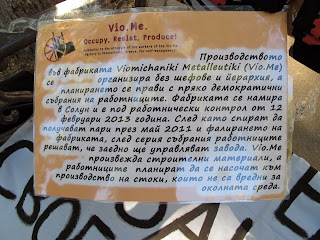 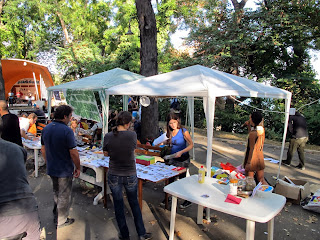 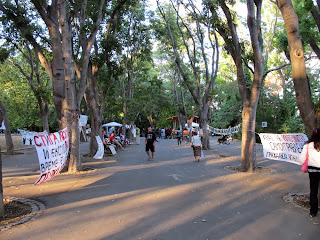 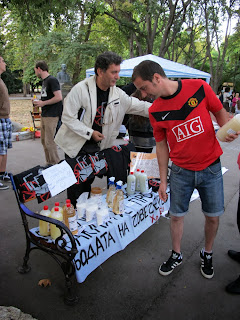 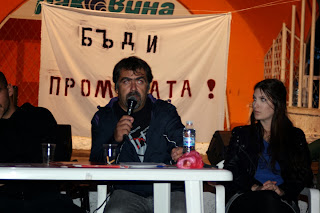