Our 3-day mobilization event for the 2nd anniversary of VIOME’s production under workers’ control has been completed successfully, with a massive participation of people in solidarity with our self-management project [photos]
Over two thousand people visited the factory of VIOME on February 15, to celebrate, in solidarity with its struggling workers, the two years of workers’ self-management!
Solidarity supporters from many Greek cities, as well as from abroad, responded to the VIOME workers’ call with their presence and active participation.All of the existing social and labor movements in Northern Greece stood next to our cause and renewed their ties with the basic premise of VIOME’s project for self-management, thus confirming the great social acceptance of this project. Indicative of the above is that during our 3-day mobilization events we were honored by the presence and support of the employees of ERT3, of workers from the Greek Vehicle Industry (ELVO), of the laid off school guards, of the anti-gold mining militants from Northern Chalkidiki, of the social health clinics, of the anti-fascist collectives, of producers without intermediaries, of workers in various collaborative projects, of dozens of political collectivities and groups, and of hundreds of workers and unemployed of all ages.
We owe special thanks to the renowned musicians and singers Thanassis Papakonstantinou and Dimitris Zervoudakis, as well as to all the other groups of musicians who once again demonstrated their active support of our difficult struggle.
What we retain as a most valuable conclusion is that in these 3 days it was once more the people’s solidarity and support that blew the wind of successon the sails of the VIOME workers; the wind of success to their struggle against the threats and manipulations of the former employer, who sees the plant as a “premium steak” for sale; the wind of success to their struggle against unemployment and misery!
We continue until the final victory of this struggle, until we start counting 1, 2, 3 … and many more VIOMEs! 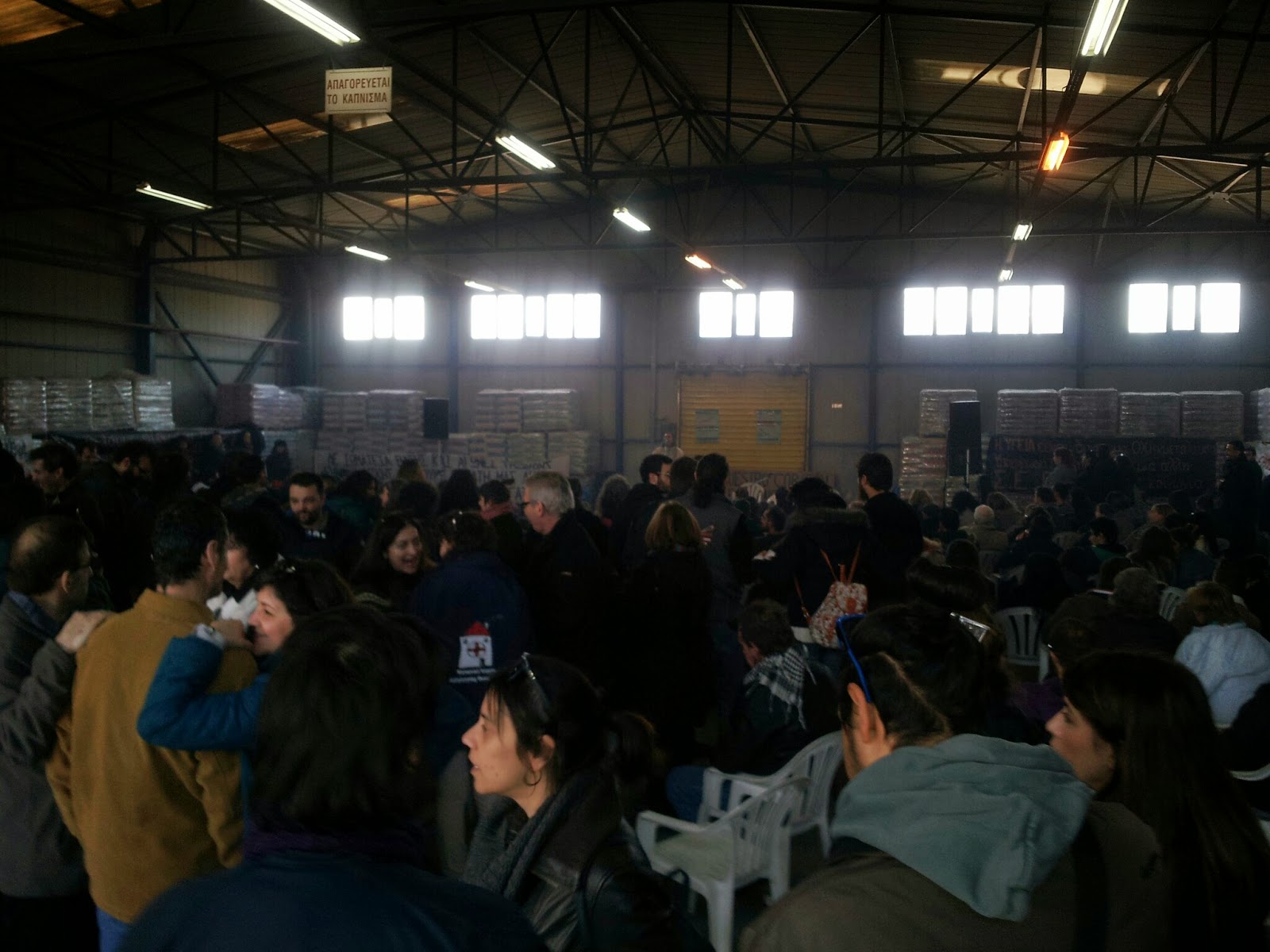 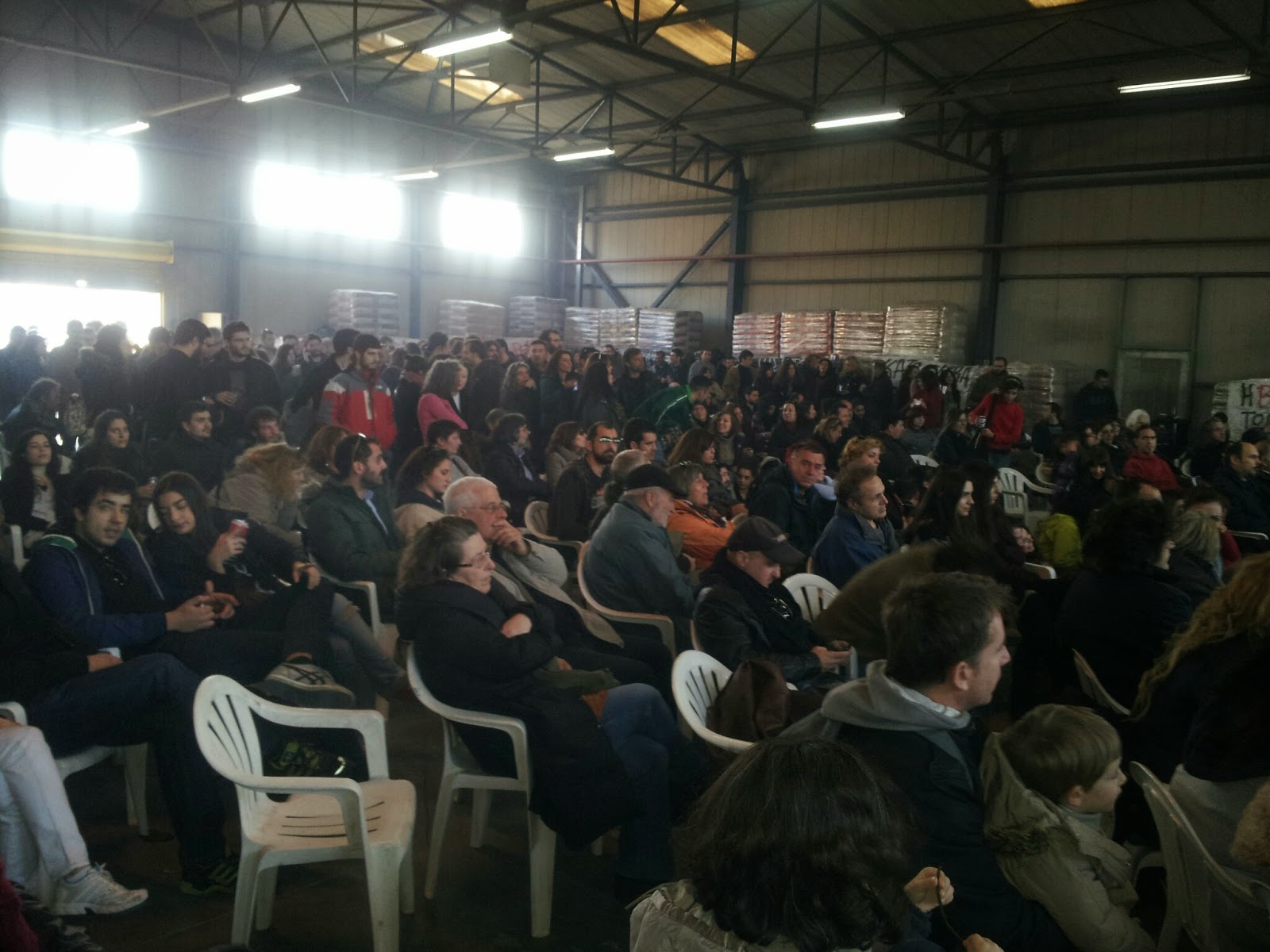 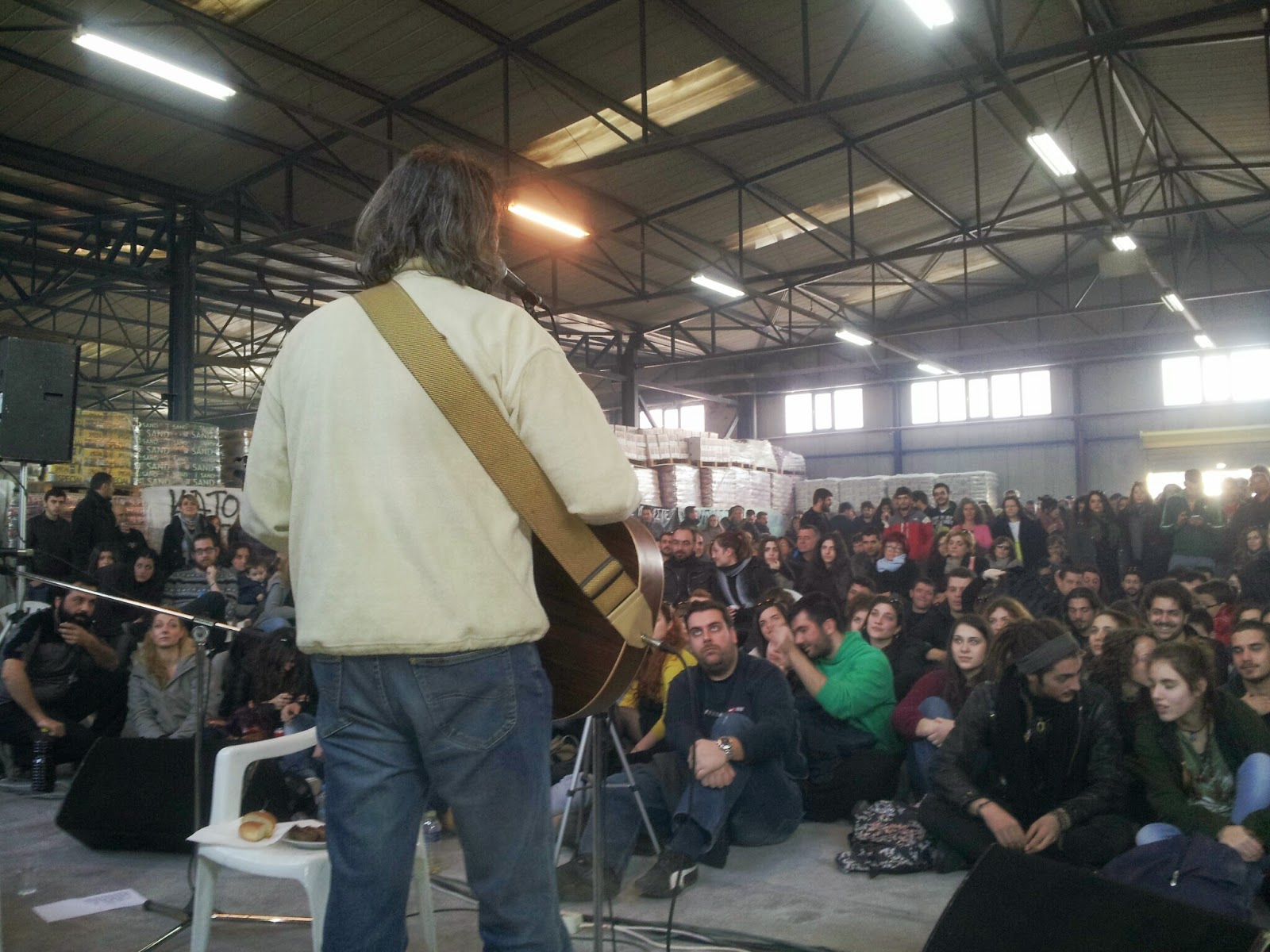 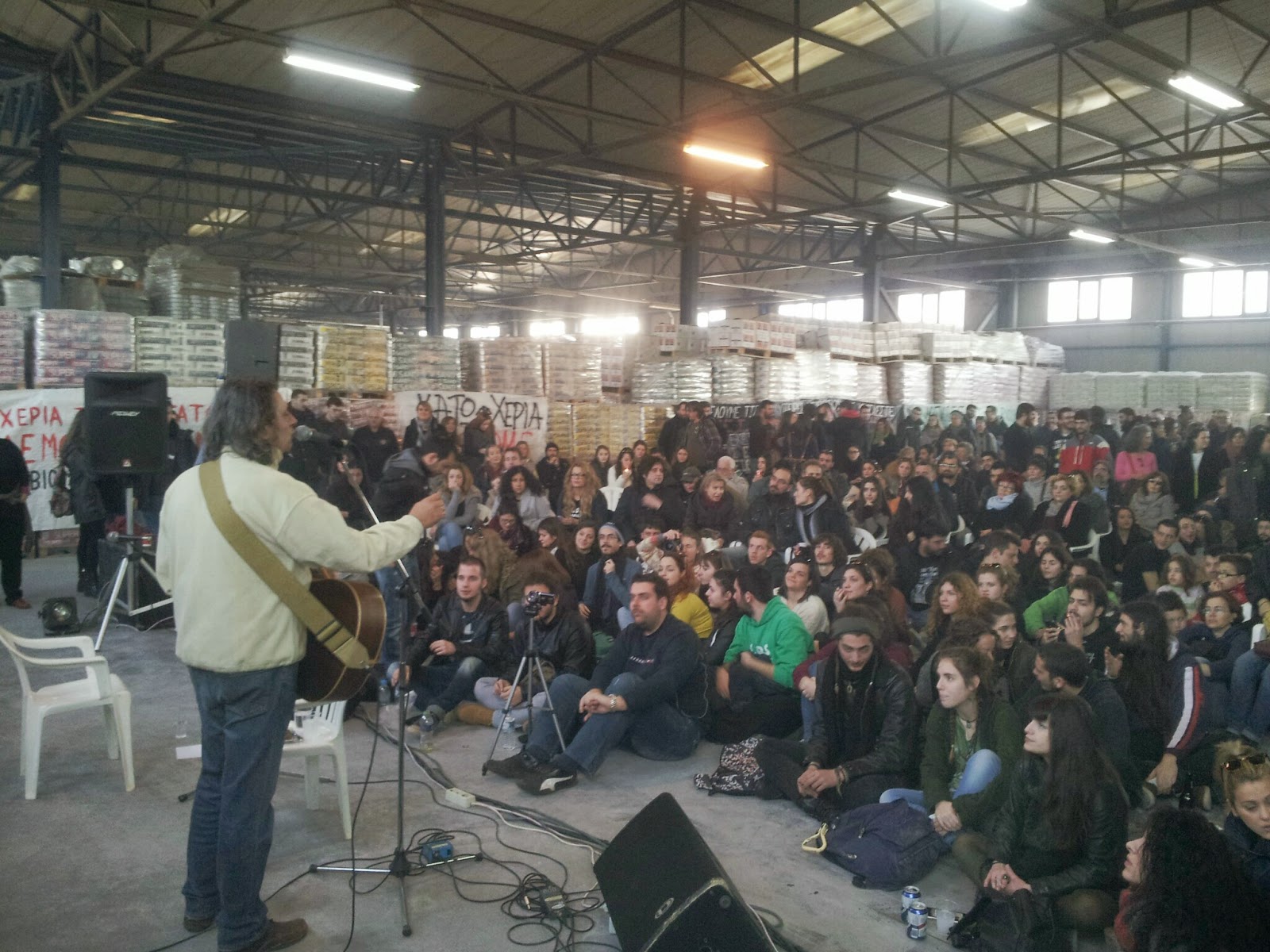 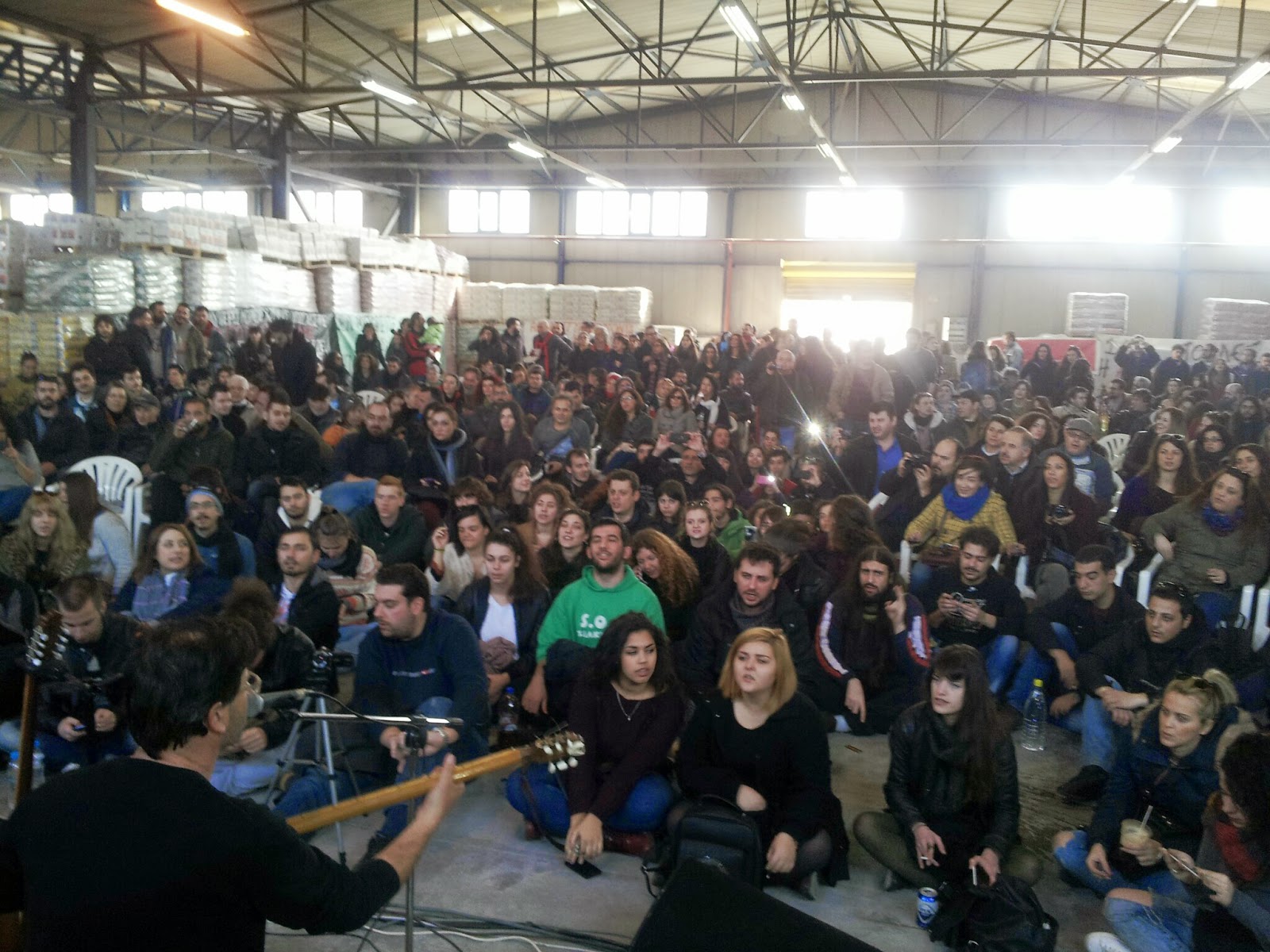 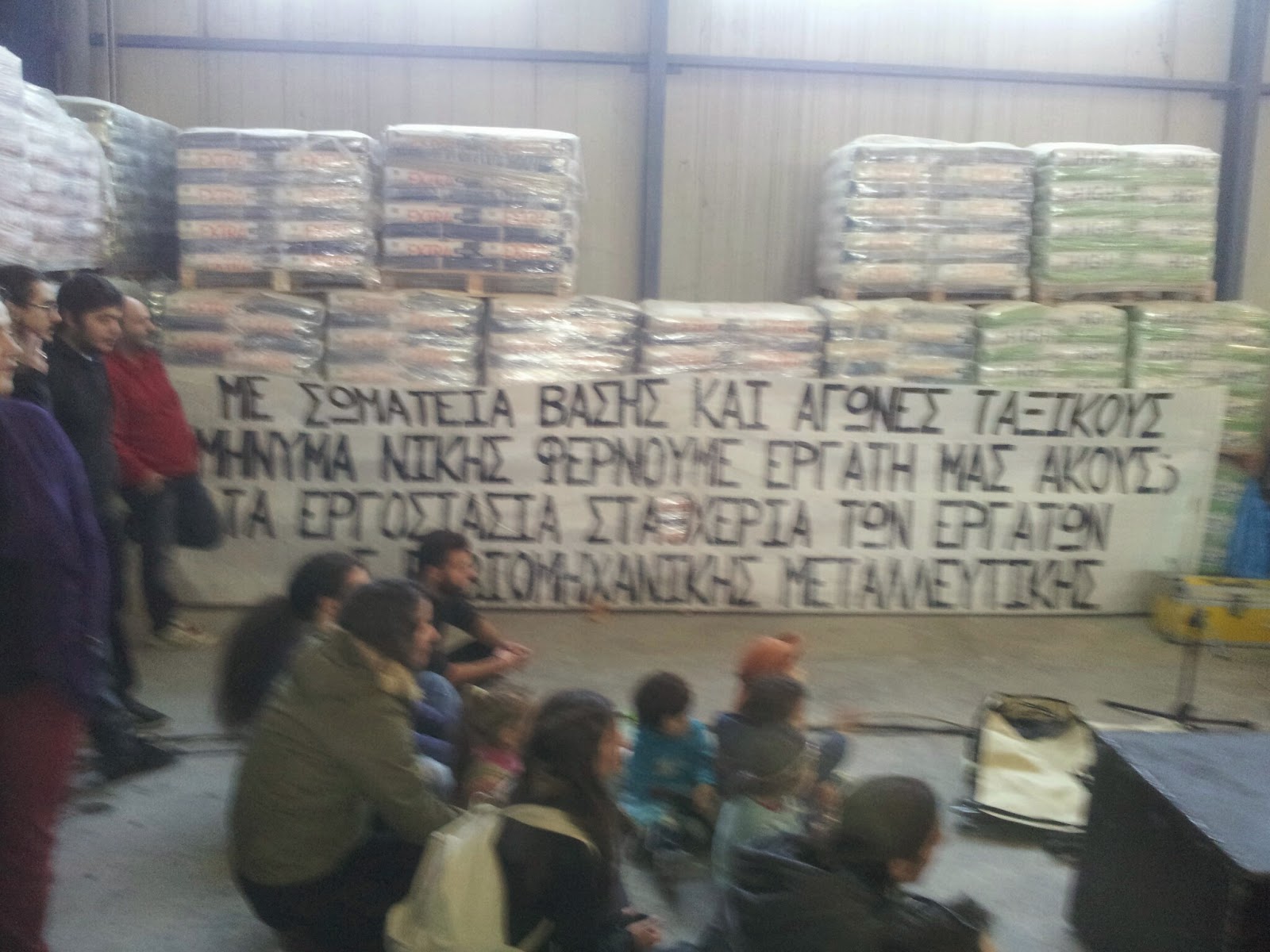 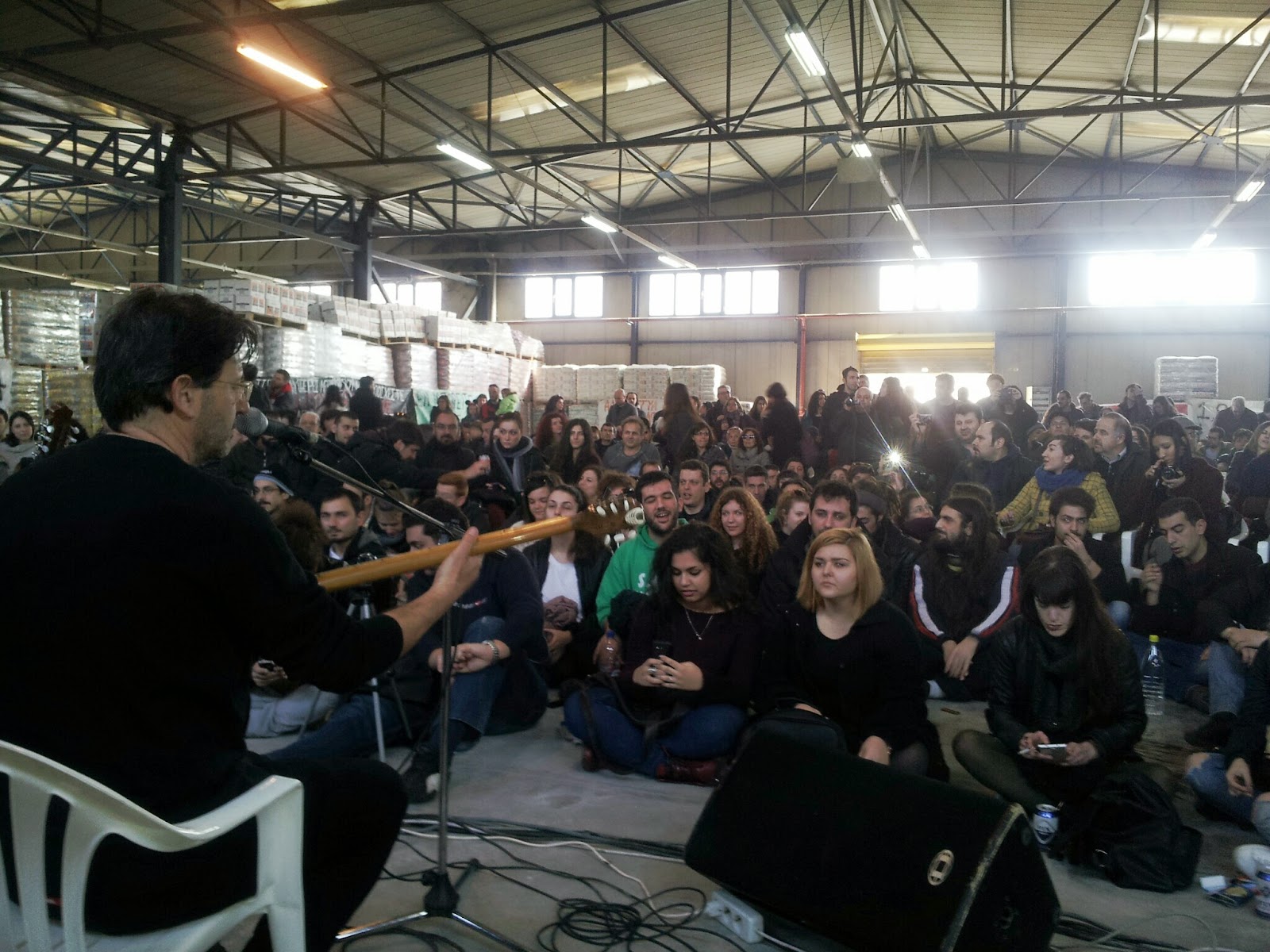 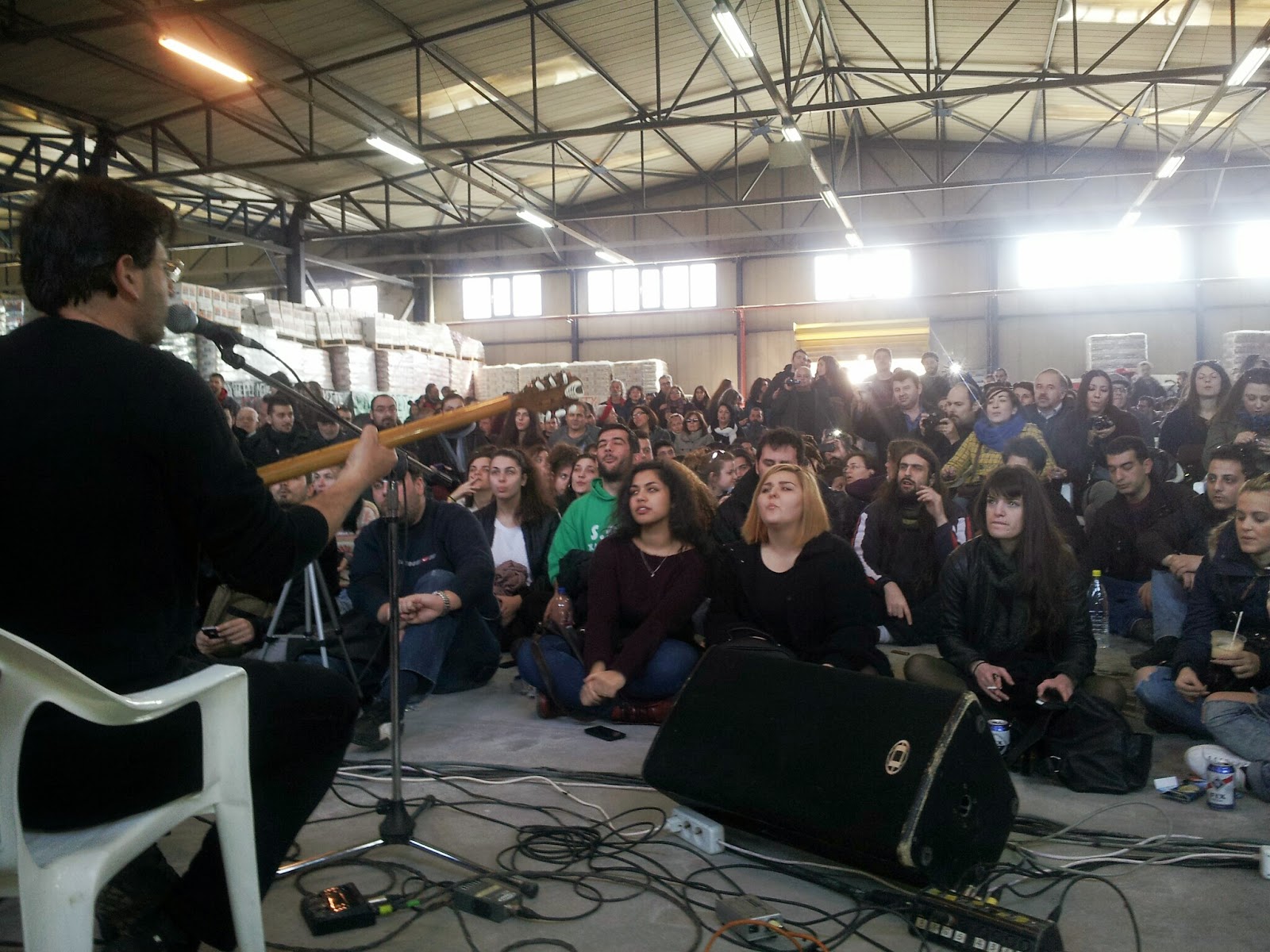 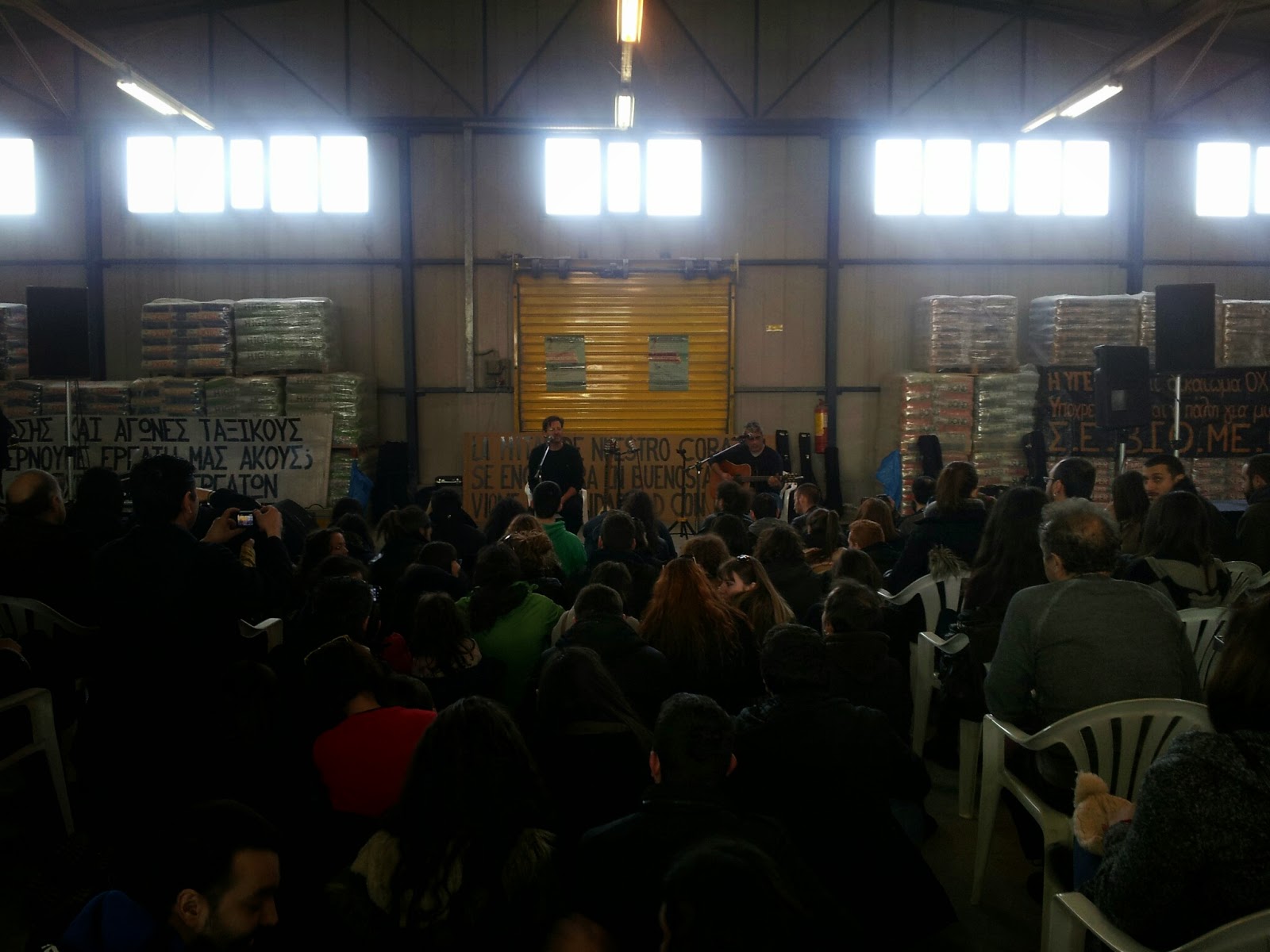 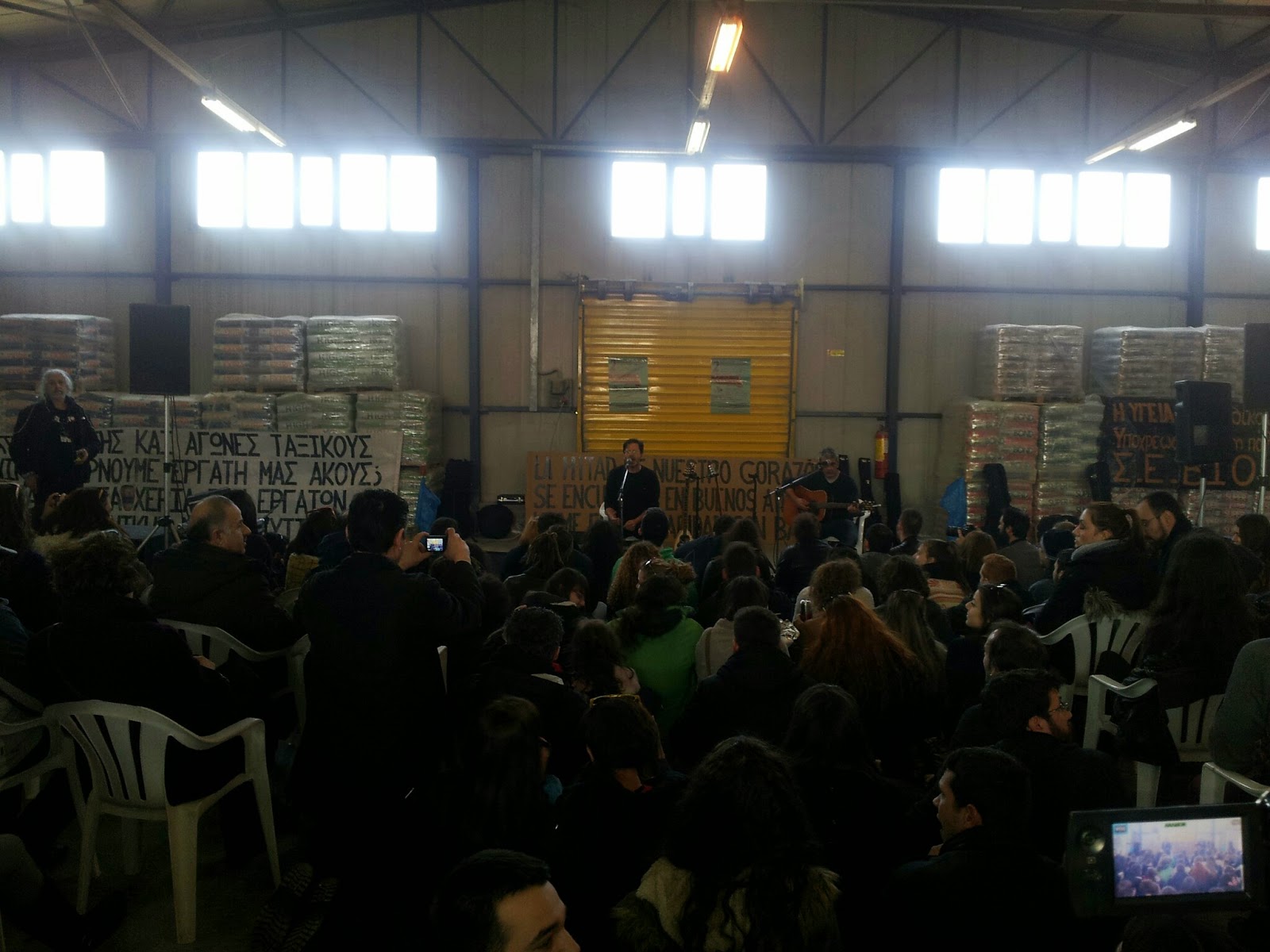 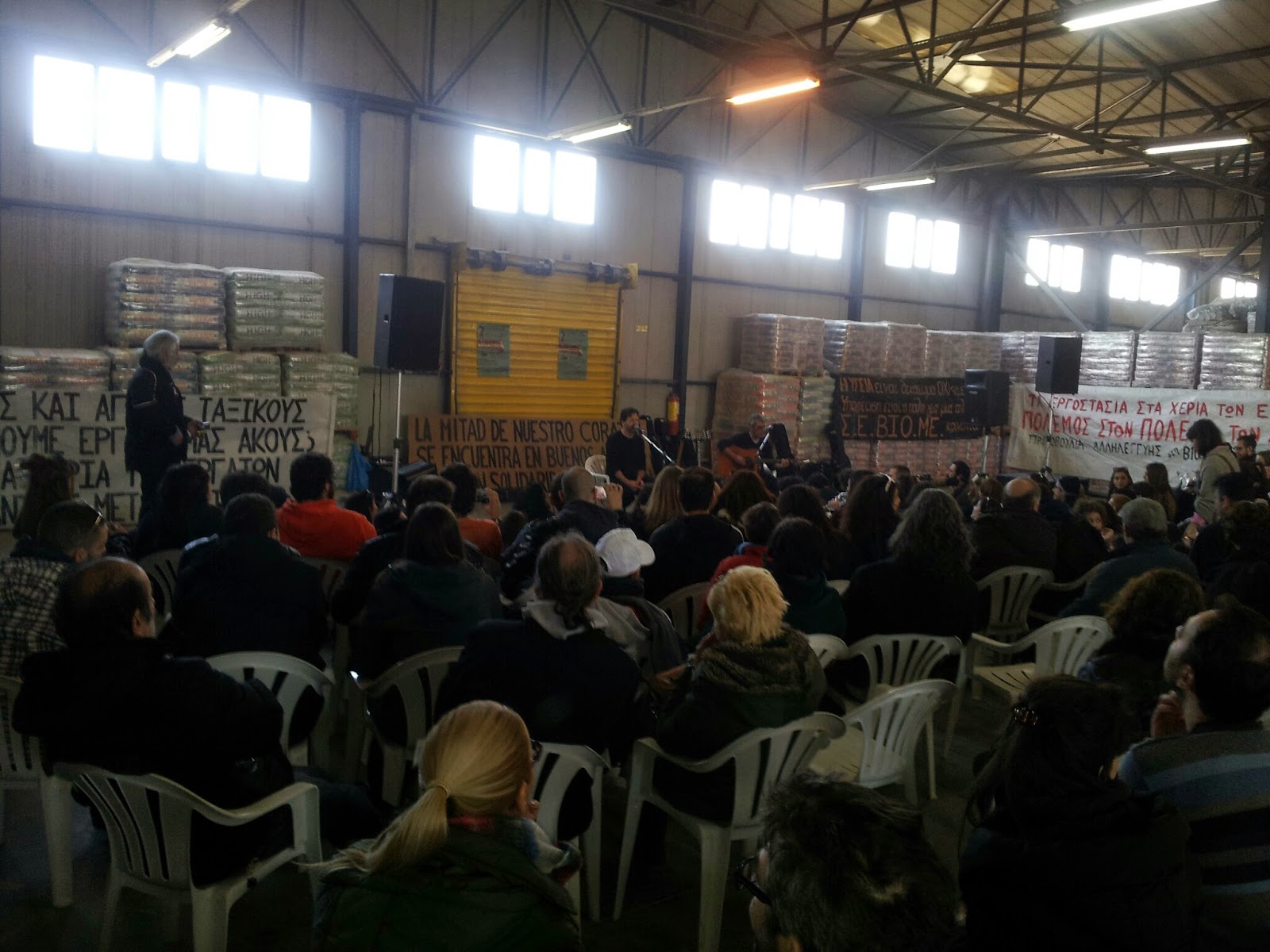 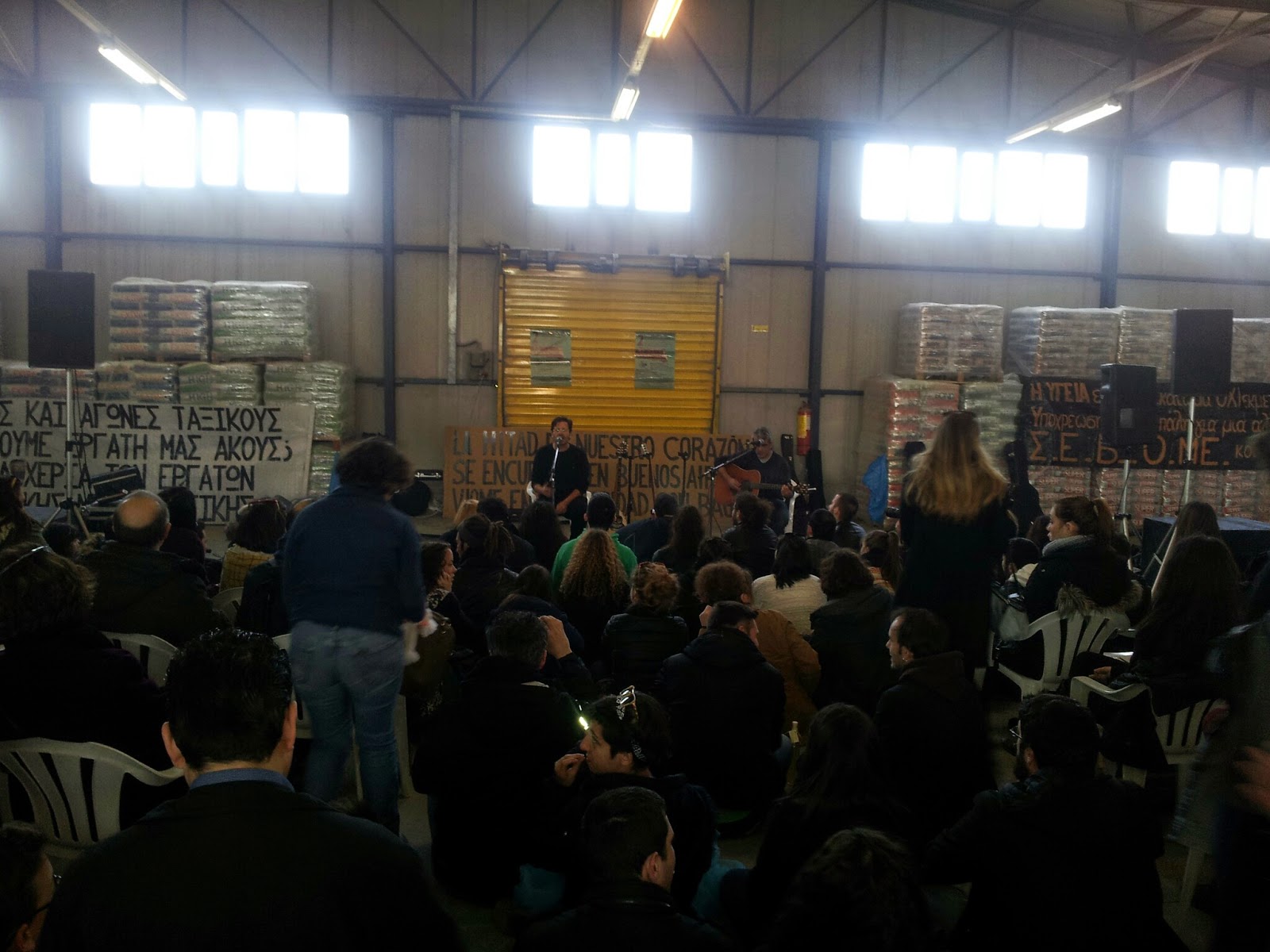 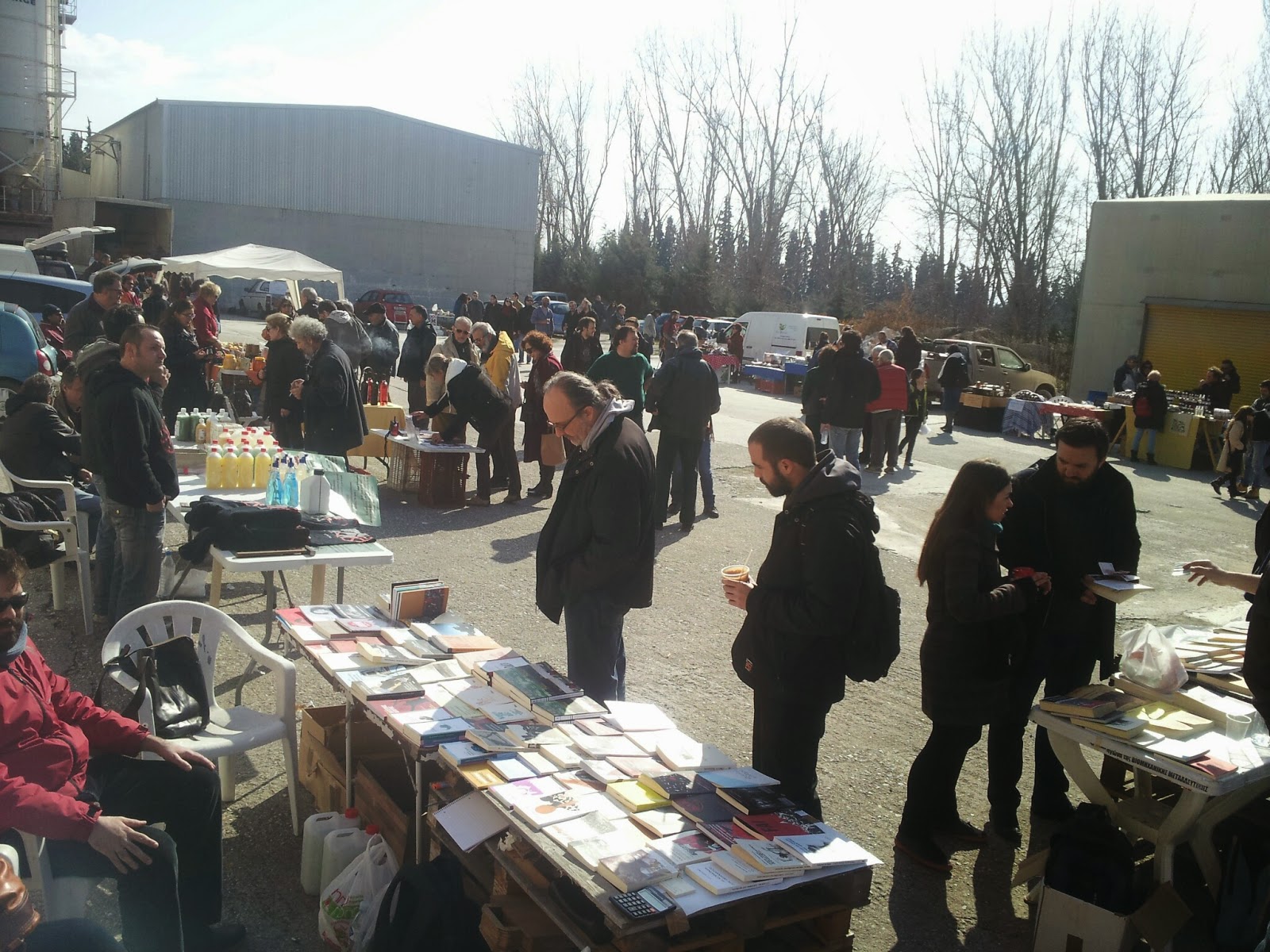 Real-time information from the direct action to prevent the auction of the premises of VIOME, in the courthouse of Thessaloniki