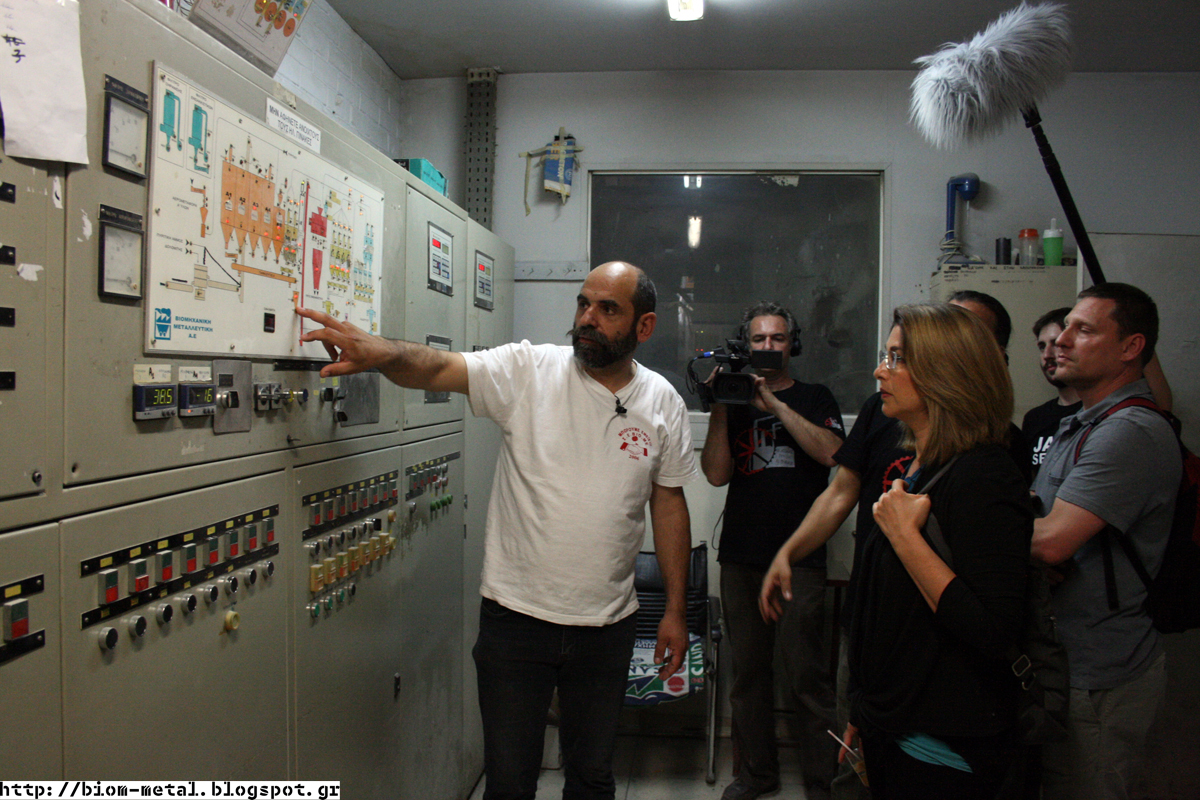 On June 4th, on a pleasant warm evening, approximately a thousand people gathered in the courtyard of the Vio.Me factory to get to know the workplace, have food and drink, dance to folk music and most importantly, listen to Naomi Klein, the acclaimed Canadian activist and intellectual, author of eye-opening books such as “No Logo” and “The shock doctrine”. 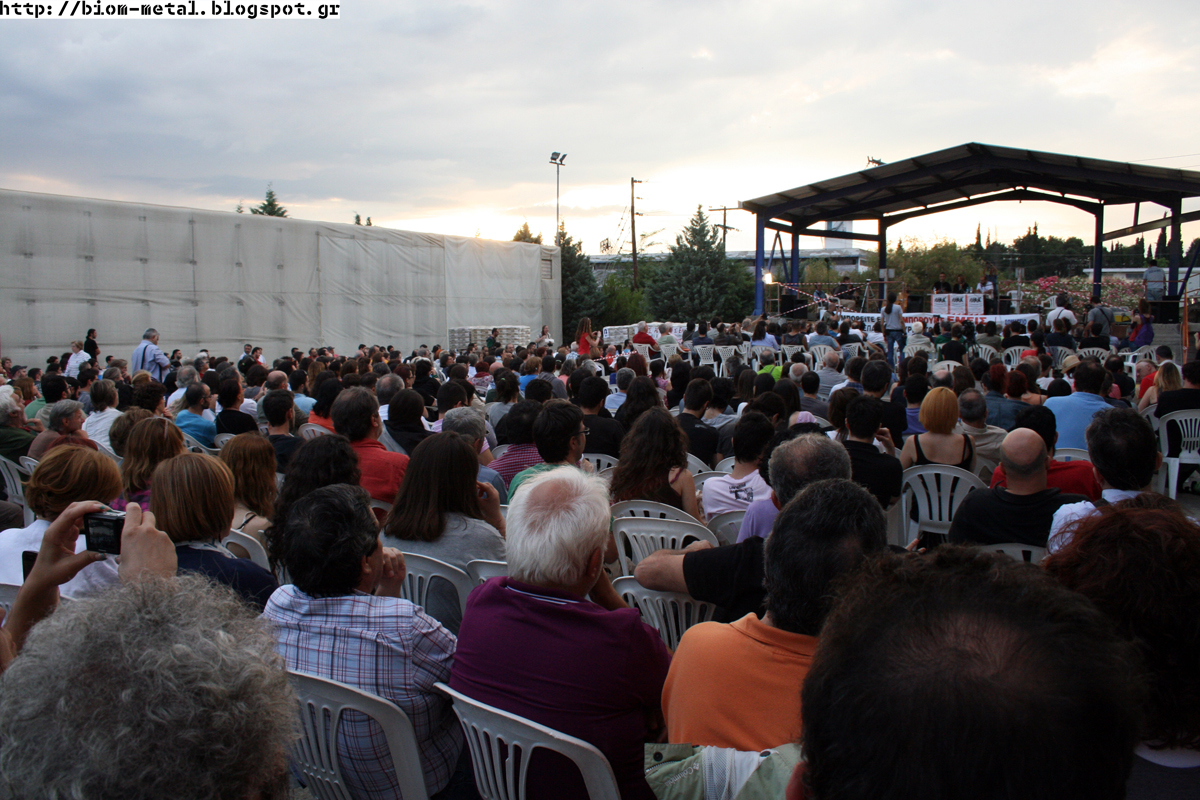 It was a night of optimism and joy: The factory is no longer a place sealed off from the community, destined to the mechanical and bleak production of goods to be traded in the market: The factory now produces for the community, and the community is part of the production process, it is welcome to roam in its spaces, share the workers’ joys and sorrows, engage in political debate, eat, drink and sing with them. 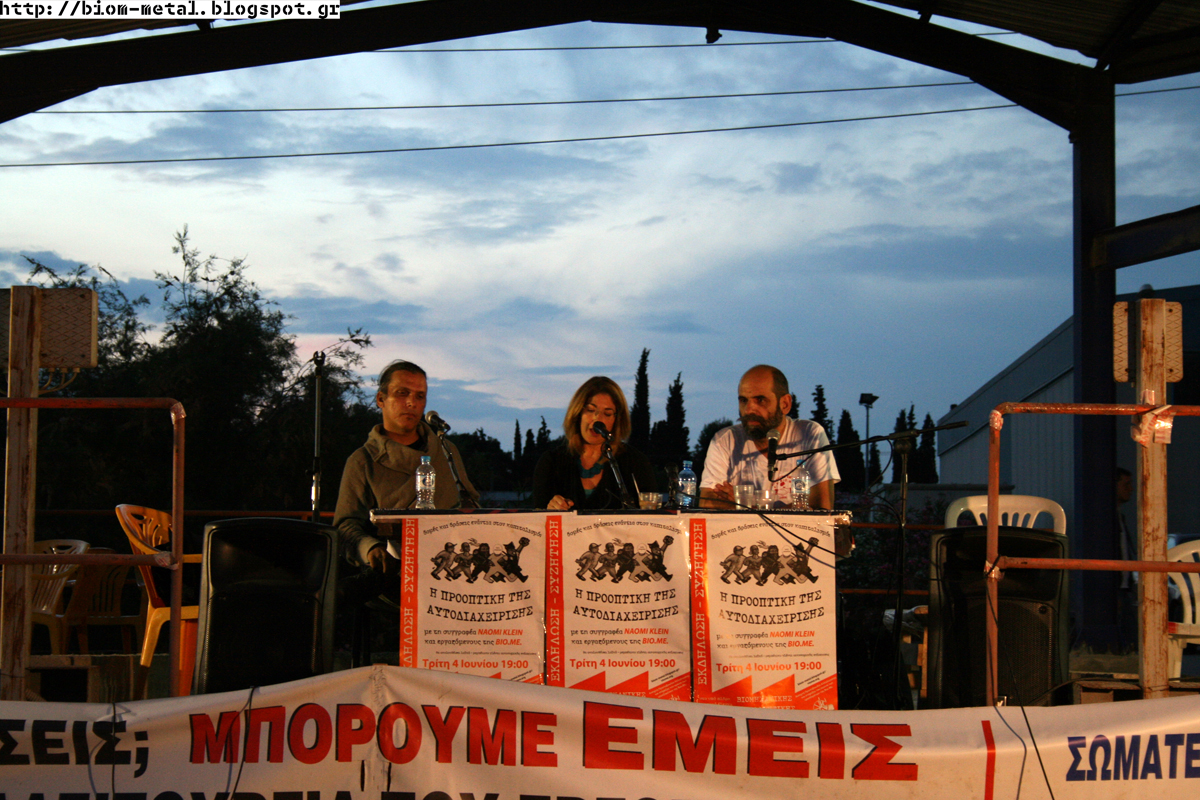 The smiling faces of all participants revealed their renewed compromise with the struggle. Because the struggle of Vio.Me. for self-management is the struggle of the whole of society for dignity and self-determination.

Setting the example of Vio.Me. as a “peoples’ shock” against the attack on our livelihoods, our communities and the environment, Naomi Klein has been a great source of support and inspiration for the social movements in Greece.

See the whole speech below.

Speaking this week at the Vio.Me worker-run factory in Thessaloniki, Greece, Klein, who is in the country doing research for a book and film, said the building materials factory was the perfect place to be speaking as it is “known in resistance movements around the world” and provides an example of what she said is “the anti-Shock doctrine”—a situation where rather than bowing down to the forces at hand, the crisis has put a fast-forward on coming up with creative alternatives, where workers “refused to have their lives and livelihoods sacrificed on the altar of economic crisis, and instead found reserves of power and ingenuity.”

In Greece, Klein said, “alternatives to austerity are presented by media as apocalypse.”
“Our environment is under vicious attack.”But the Vio.Me factory is an example of an alternative “that must be known, must be disseminated .. because many factories are now being closed as the crisis unfolds, and workers are not being given the opportunity to reshape the ownership, when in fact the workers should be the first ones asked if they want to be the creditors and run the factories themselves.”
Klein slammed the Greek media for “not doing its job” in letting the people know an such alternatives do exist, instead repeating the mantra: there is no alternative (TINA), showing that “Margaret Thatcher is alive and well and living in Greece and working for the mainstream media.”

Press Release About today’s trial on the case of VIOME