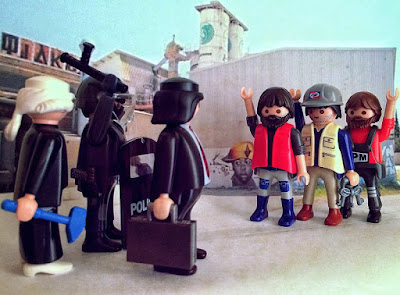 While the preparation of the Second Euromediterranean “Workers’ Economy Meeting”  -which will take place at the VIOME factory on October 28-30 with more than 200 international participants- is at full steam, today, October 20, the state and the judiciary system are back with another attempt to auction the premises of VIOME. This is a repetition of an auction postponed las December, a phenomenon which is exceptional in the Greek judiciary system. The initiative of solidarity and the workers of VIOME, will be there to ensure once again that the auction will not proceed.

13.30 A statement by the lawyers and the workers of VIOME, outside Thessaloniki’s courthouse, after the conclusion of the auction: “The first cycle of auctions is over today, there have been no bidders and it has been declared unsuccessful. There is a great chance that the bankruptcy administrator will start a new process in the next few months. The solidarity movement has to remain on guard.”

13.20 For a new auction process to start, there should be a new request from the bankruptcy administator and a new court decision. The solidarity movement of the workers of VIOME remain on guard, but they have some time ahead to focus on improving production, expanding distribution, widening local and international networks, elaborating new projects and plans for the self-management of our lives. These are the elements that make the struggle of VIOME an essential and timeley struggle!


13.10 The auction is over! There have been no bidders. Another great mobilization managed to avert the threat for VIOME. There is euphoria among the protesters, who shout slogans in favor of self-management.

12.50 According to some sources, there are no bidders at the auction. If this is true, the auction will be declared unsuccesful. 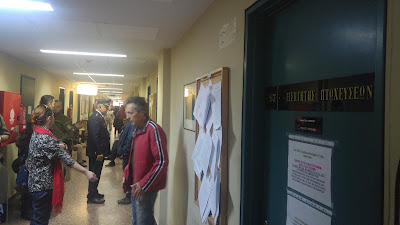 12.40 The process of the auction is about to start. Lawyers of VIOME and one of the workers have crossed the police cordon to go to the hall on the second floor where the auction will take place, to ensure the transparency of the proceedings. Hundreds of supporters have stayed behind the cordon. Tension is rising. 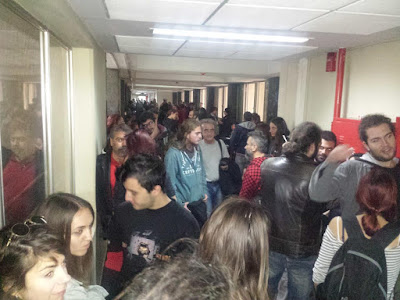 12.30 There was tension when some 20 former employees of FILKERAM, parent company of VIOME. attacked verbally supporters of VIOME. This part of former FILKERAM workers support the full liquidation of the assets of the parent company, which includes the premises of VIOME. By not accepting the demand of the workers of VIOME for separation of the plot of land of VIOME, they openly side with the former employers against their fellow workers who defend their work and their dignity through self-management.

11.30 Police say they will allow in representatives to ensure the transparency of the process. At the moment, however, no one is allowed in. 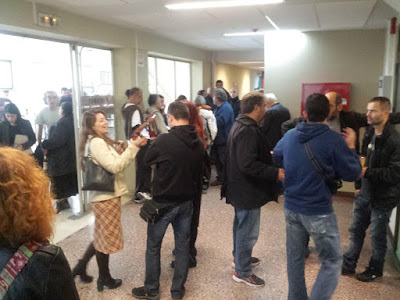 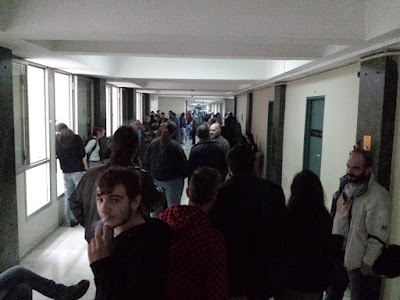 11.00 The auction process begins at 12.00 and ends at 14.00. There is already a lot of protesters inside and outside the courthouse. There is information that there might be a bidder at this auction, we do not know however what part of the assets they are bidding for. The solidarity movement considers the auction illegitimate and aims to prevent it. 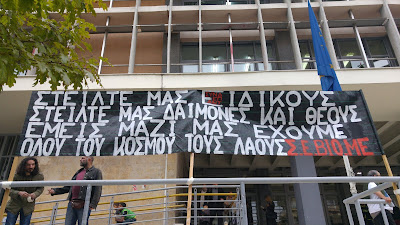 10.50 A French delegation is also here to support VIOME:

10.10 Riot police forces are also concentrated outside the courts of Thessaloniki, where at 11.00 the workers and the solidarity assembly of VIOME have called for a protest for blocking the auction. 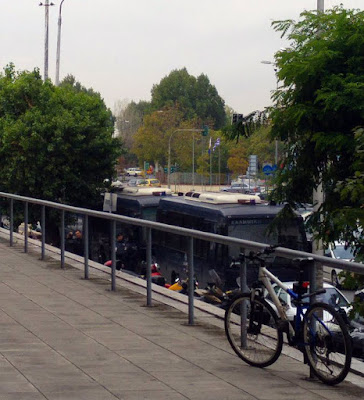 10.00 Many solidarity supporters are already at the courthouse one hour before the start of the protest. Police have pushed the protesters away from the hall where at 12.00 the auction for the liquidation of VIOME is scheduled. 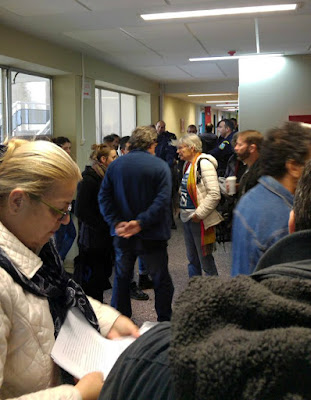 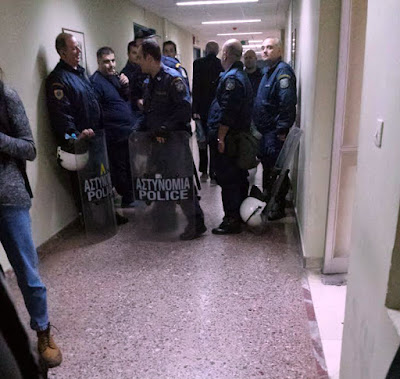 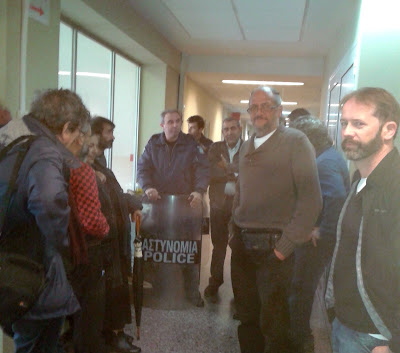